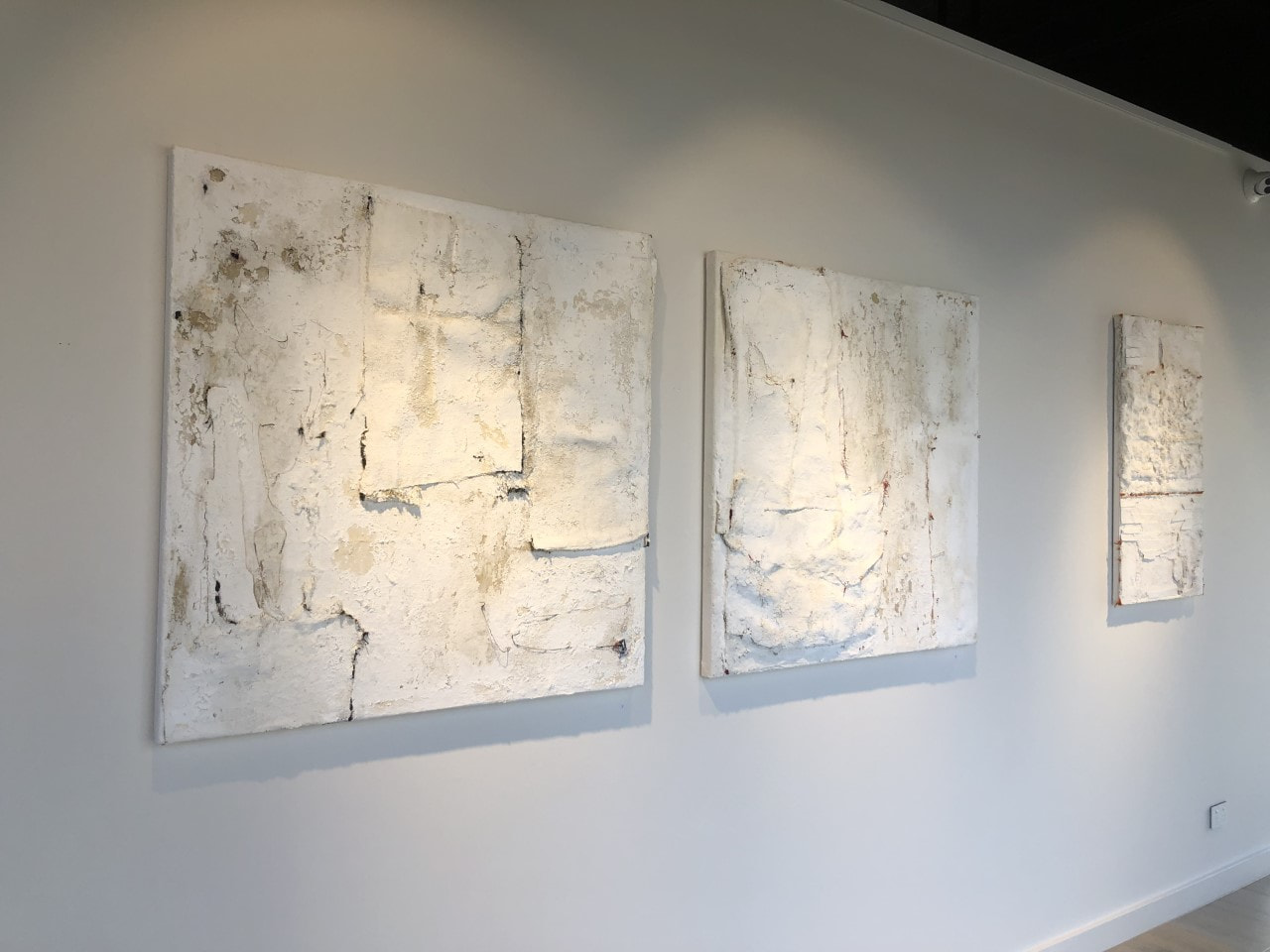 The exhibition ‘White on White’ explores the philosophical, poetic associations of the colour white through the work of Melbourne artists Anna Caione and Fiona Halse. Caione and Halse express the synergies and divergences in their approach to abstraction through the process of surface manipulation and gestural expression. Their shared preference for the colour white amalgamates their works yet each artist loads the neutrality of the hue with a diversity of personal meaning that gives rise to a range of intriguing interpretative possibilities. 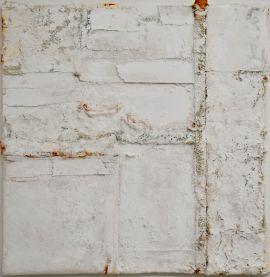 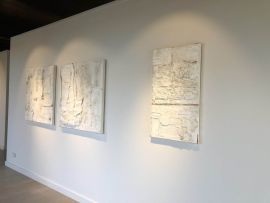 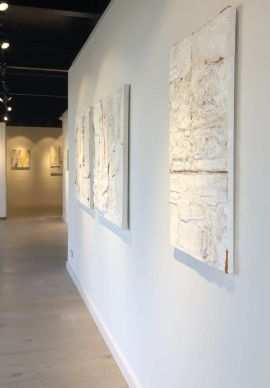 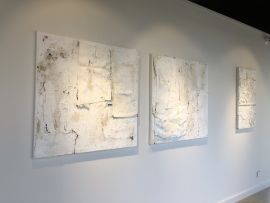