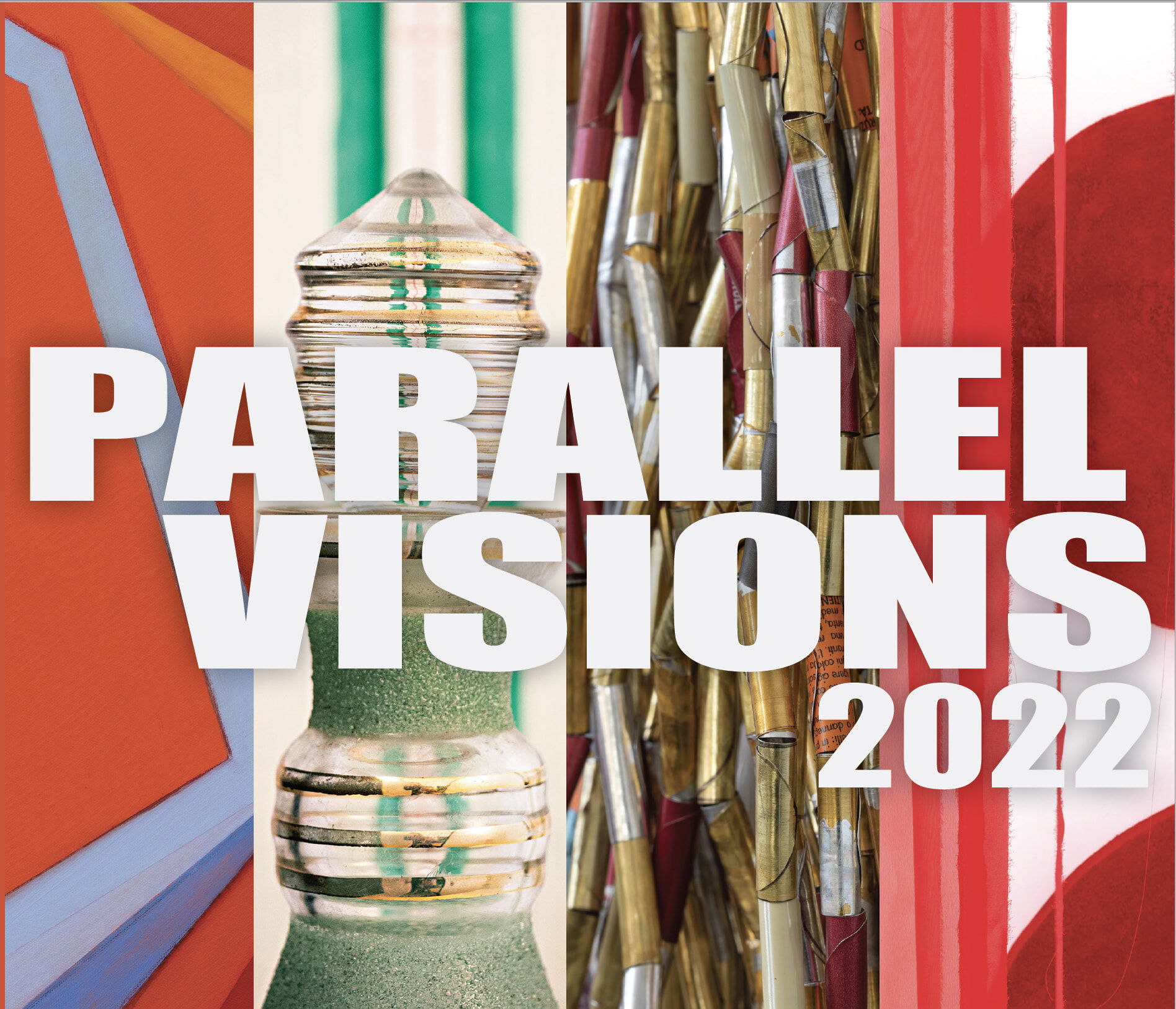 For Parallel Visions 2022 CO.AS.IT., that sponsored the printing of the 2020 catalogue, kindly agreed to sponsor this updated one and generously offered each of us the use of one of CO.AS.IT. Museo Italiano’s display vitrines to exhibit newly created works that, in some way, reference those of 2020. To enliven a vitrine a small, enclosed space usually associated with archival or historical display of objects–with a touch of contemporaneity has provided an opportune spinta to sidestep our self–imposed conceptual framework obviously linked to works by our selected Italian designers. In Parallel displays closer associations with our long–established personal art practices but still acknowledges those aspects of Italian design contained within the 2020 work. This catalogue reproduces works from both exhibitions.

Placement Displacement - 'Per Giocare' (To Play)
Foam and acrylic paint

This art installation was created for a collaborative exhibition, Parallel Visions, 2022 at Museo Italiano, Melbourne. 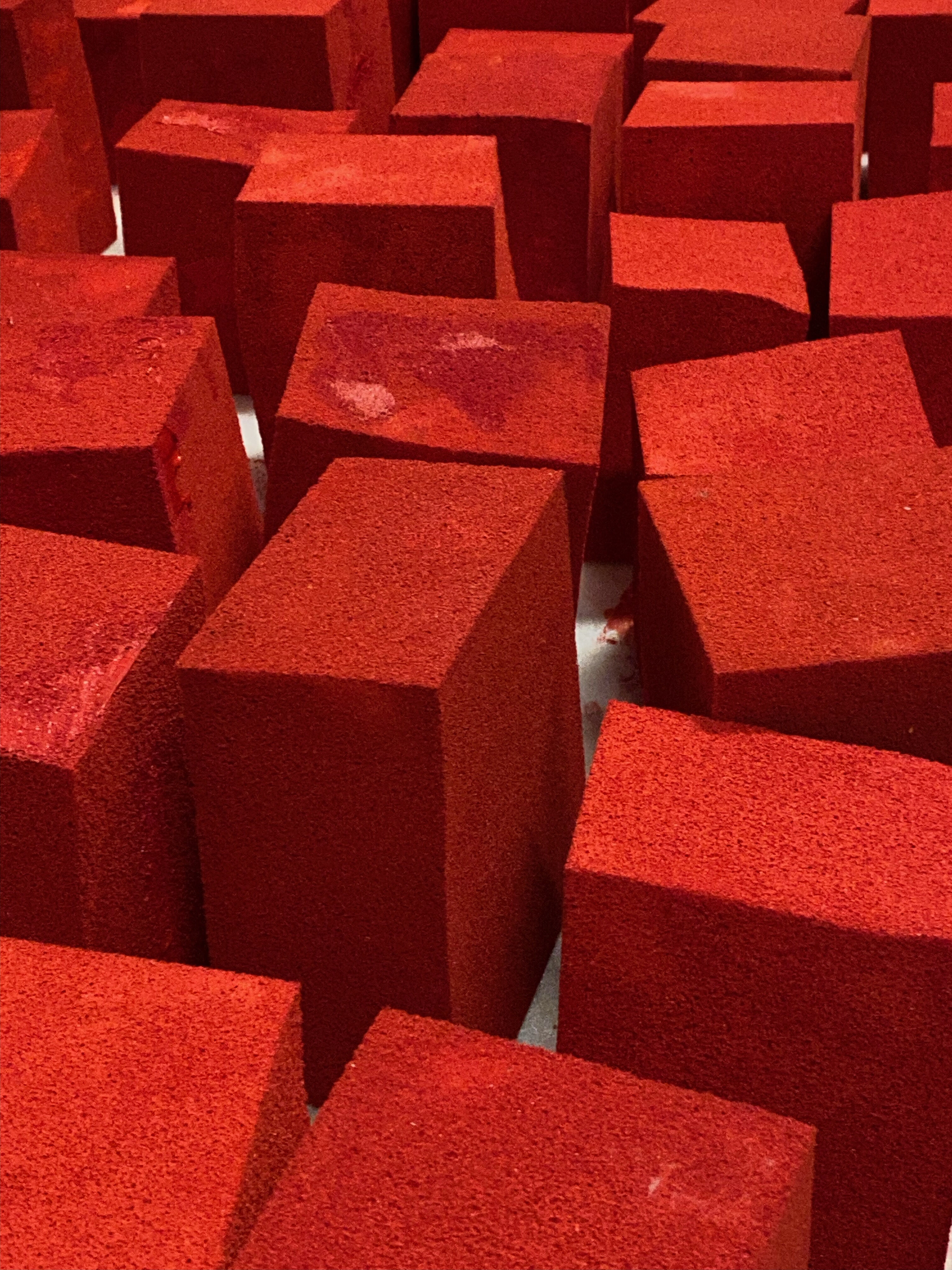 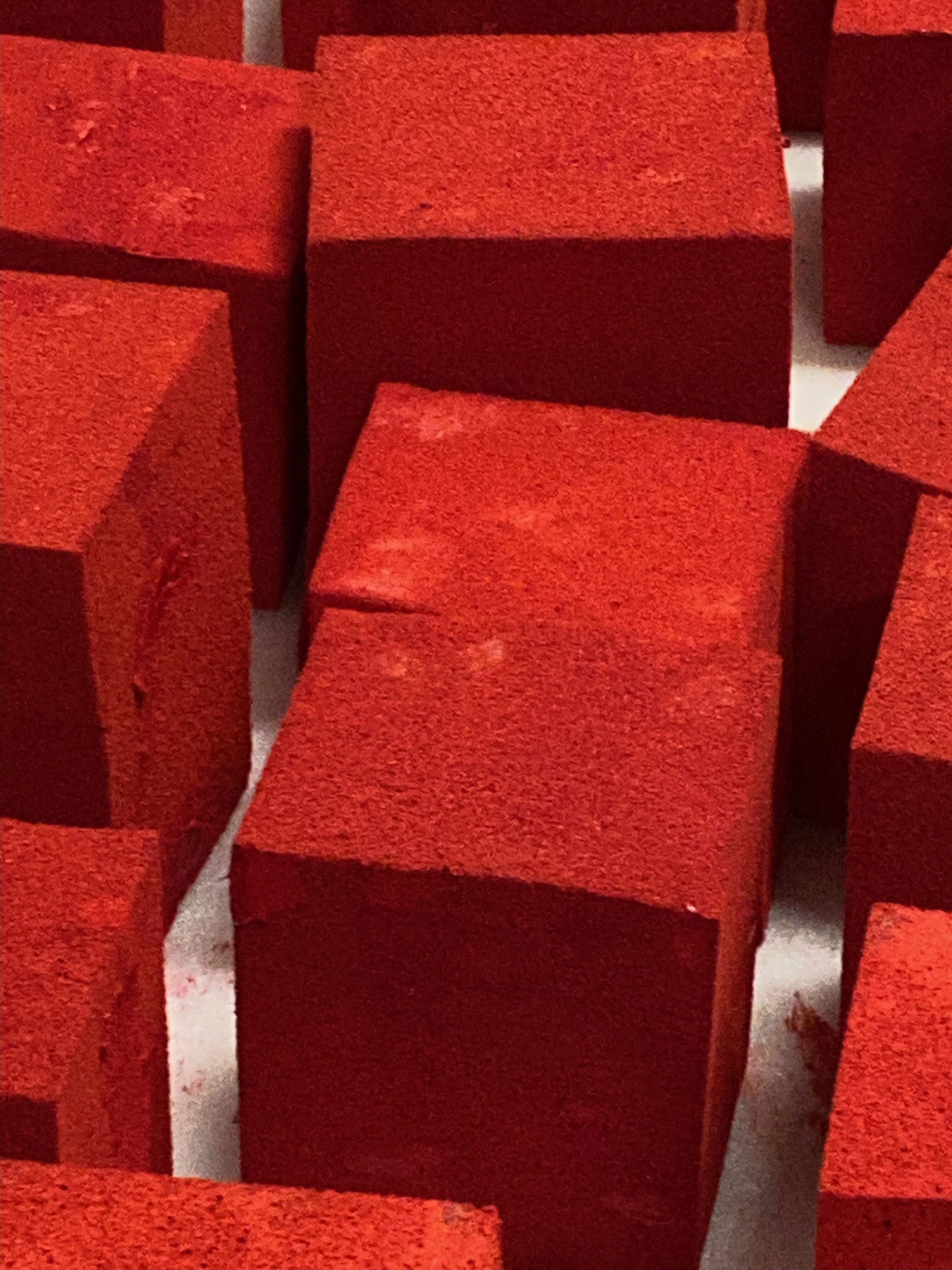 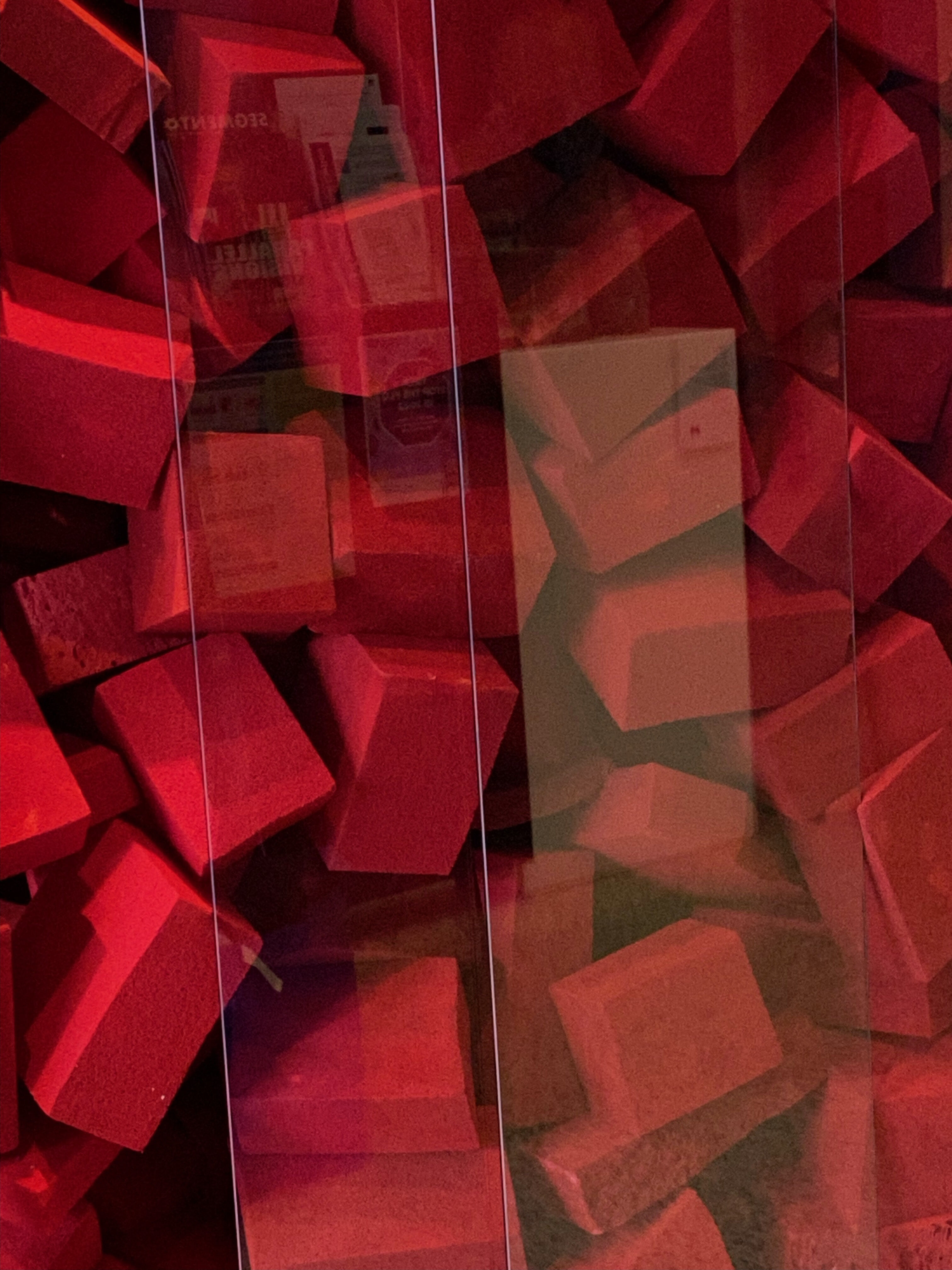 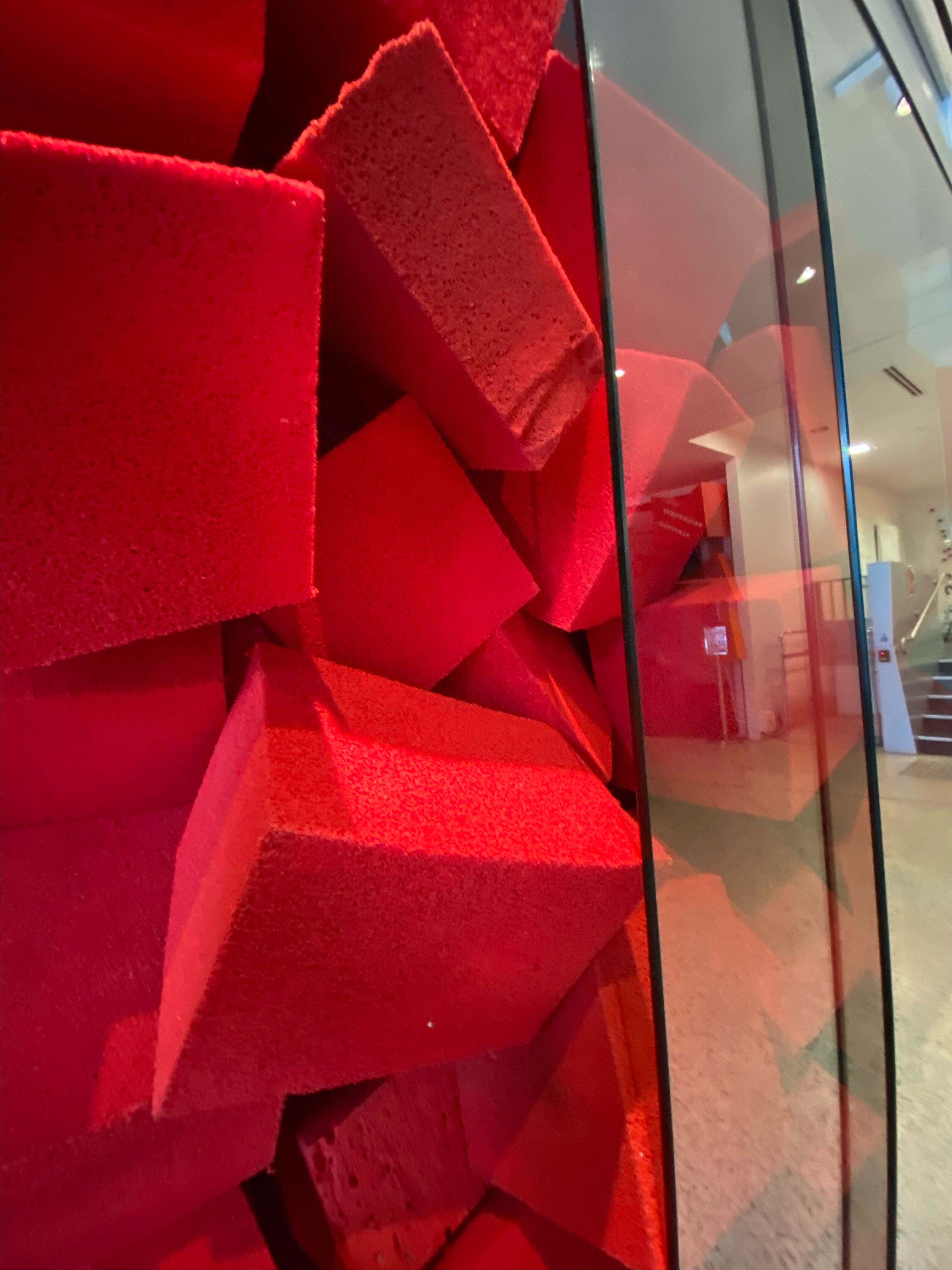 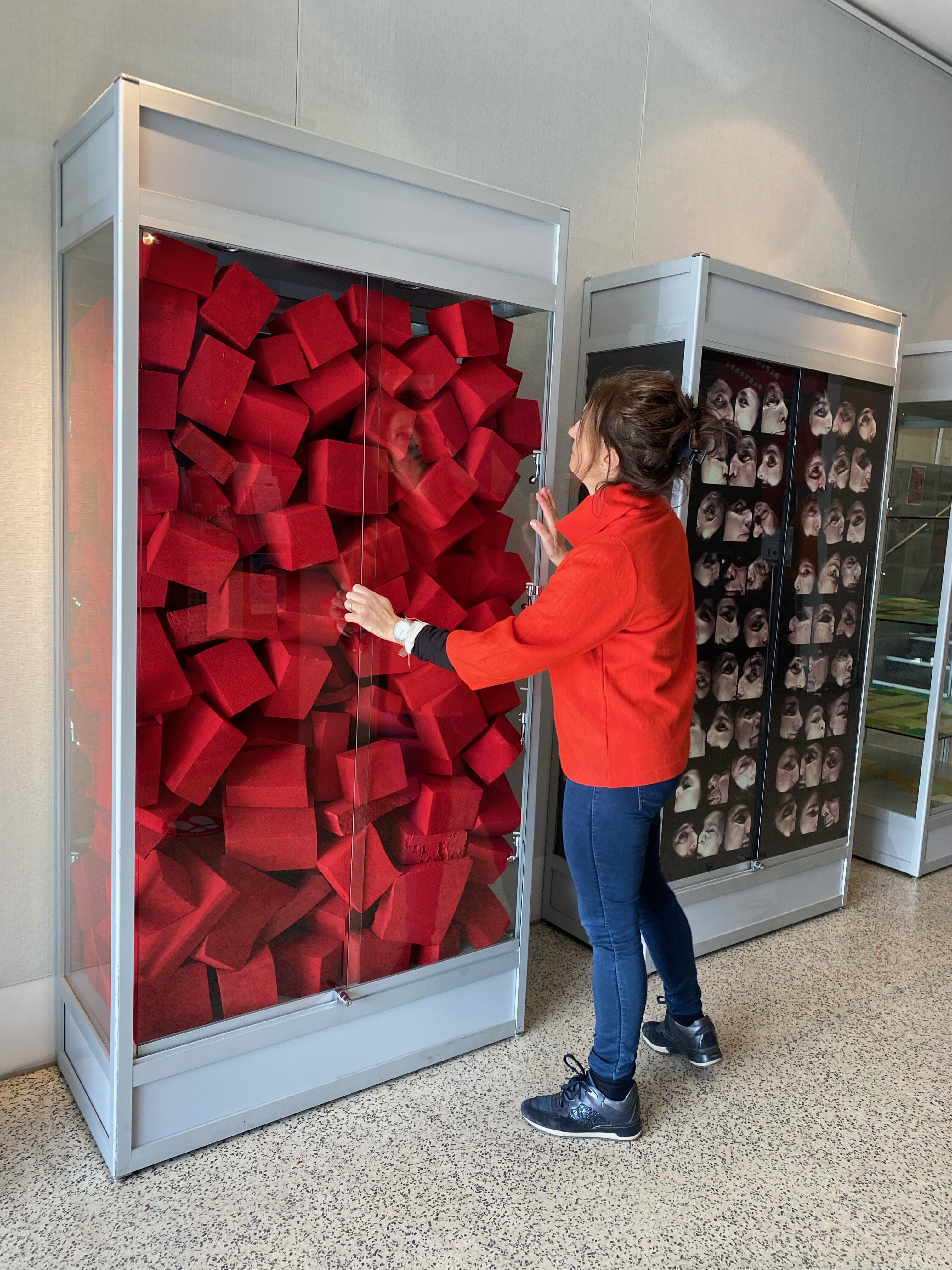 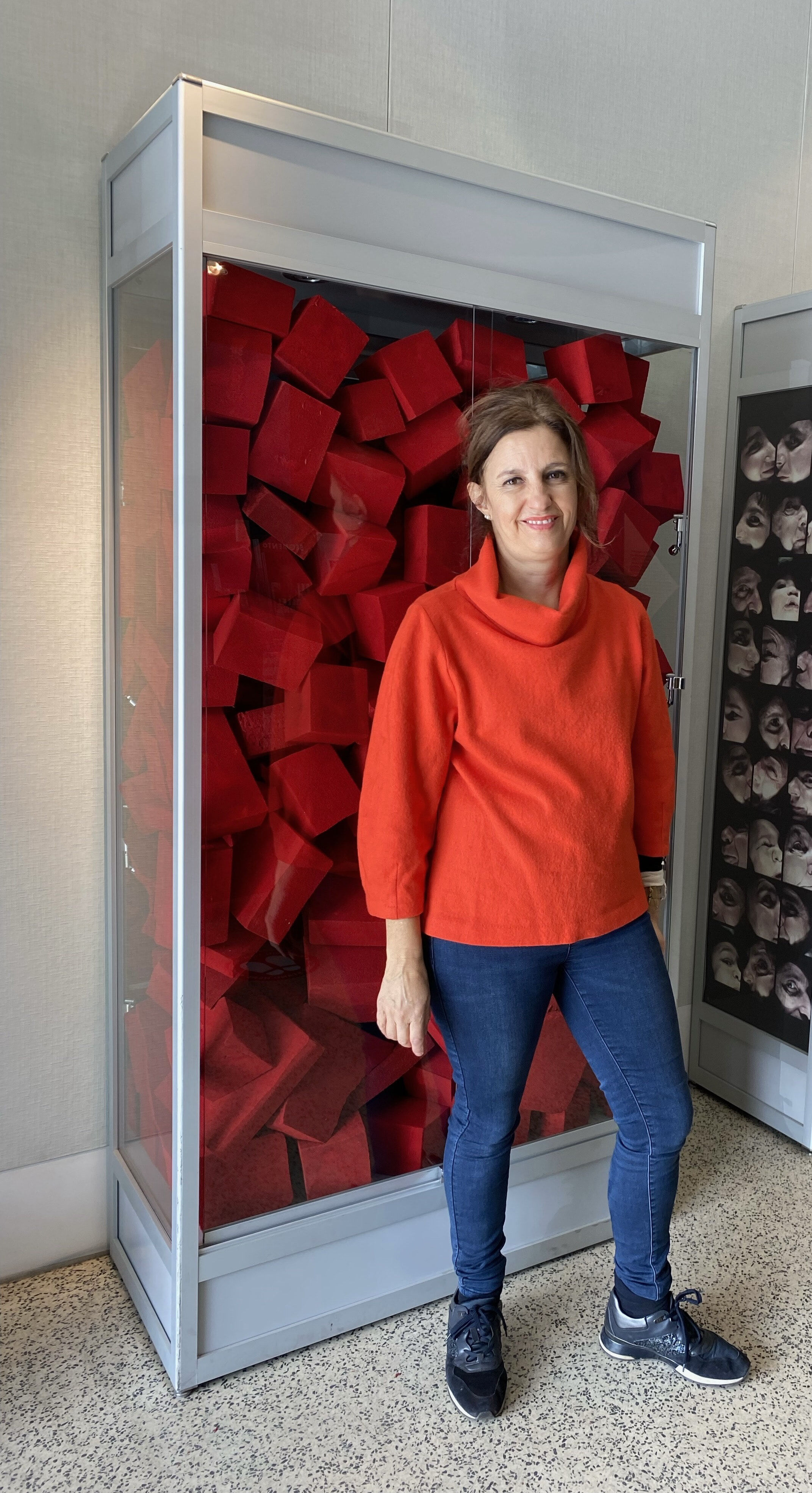 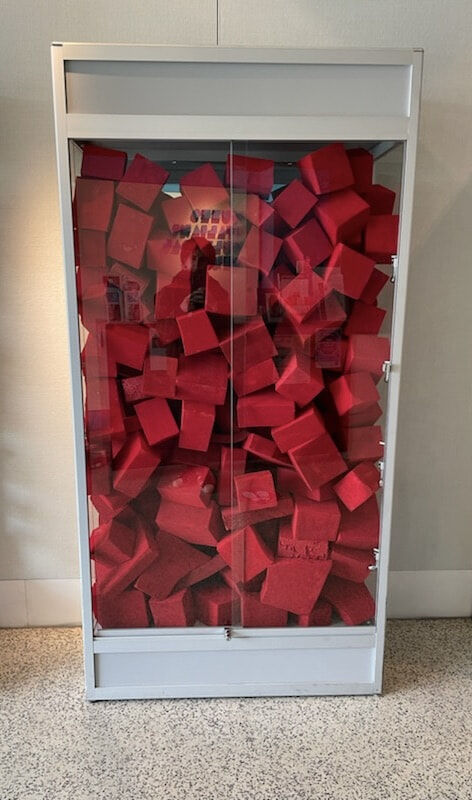 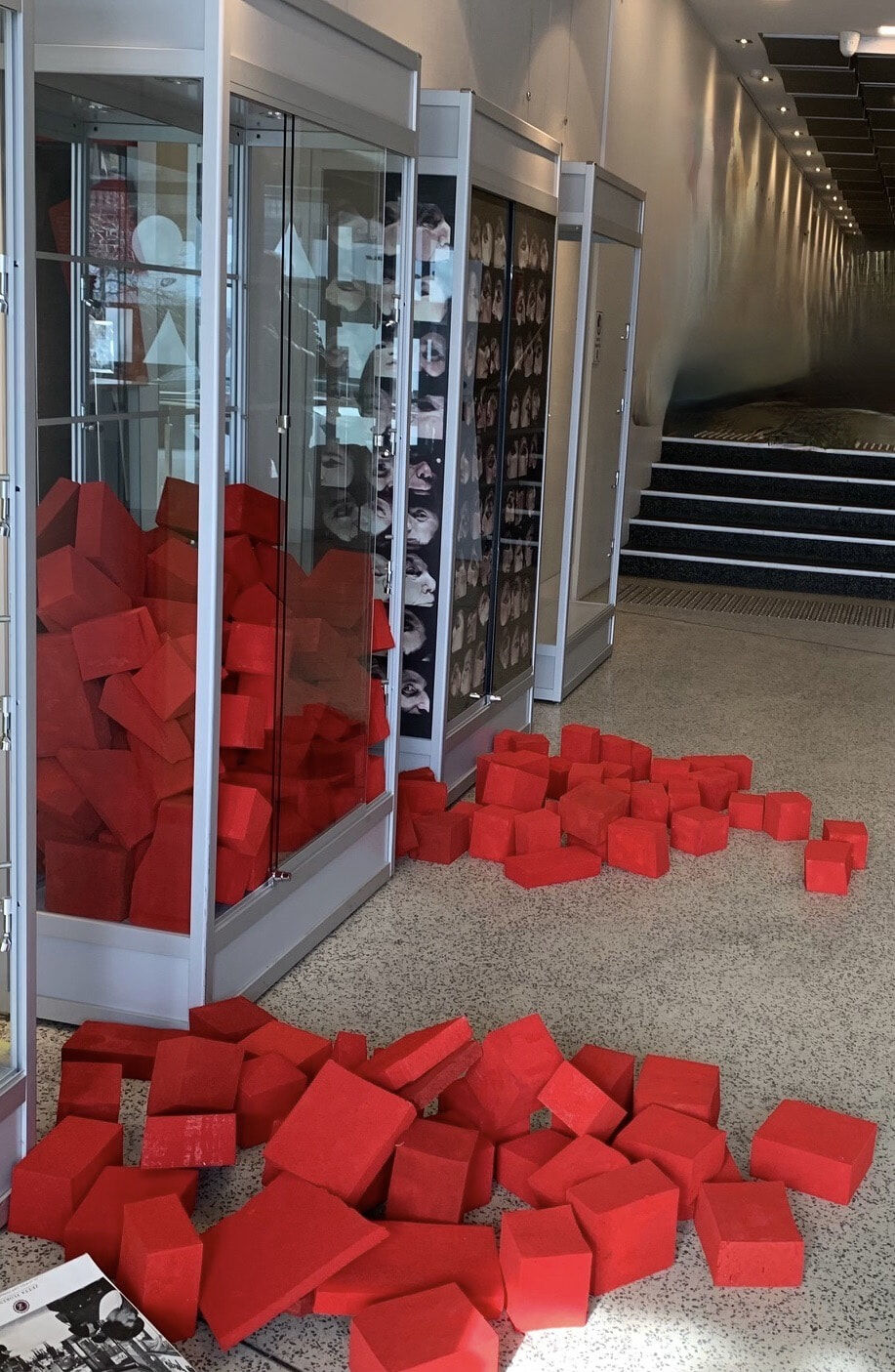 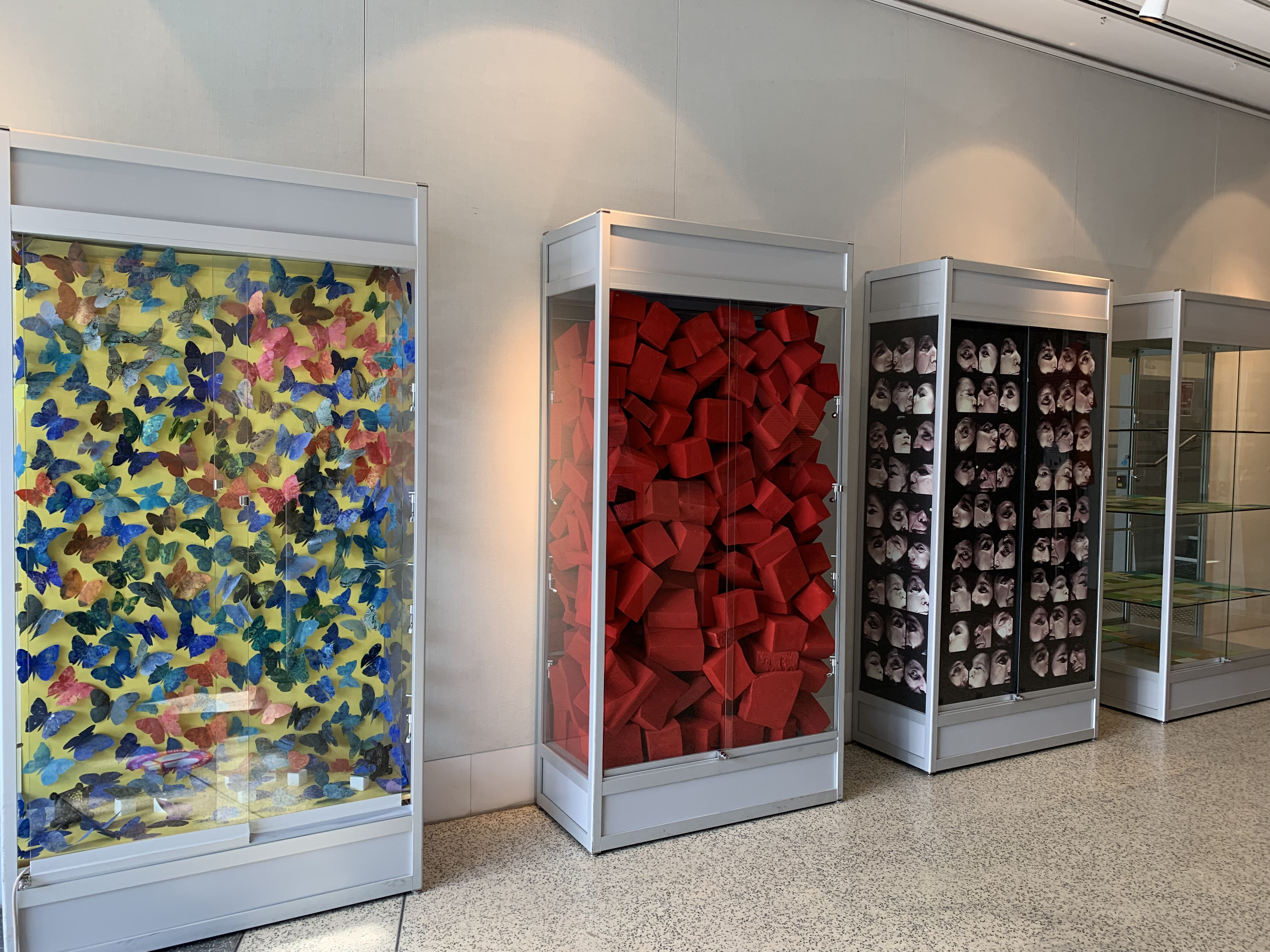 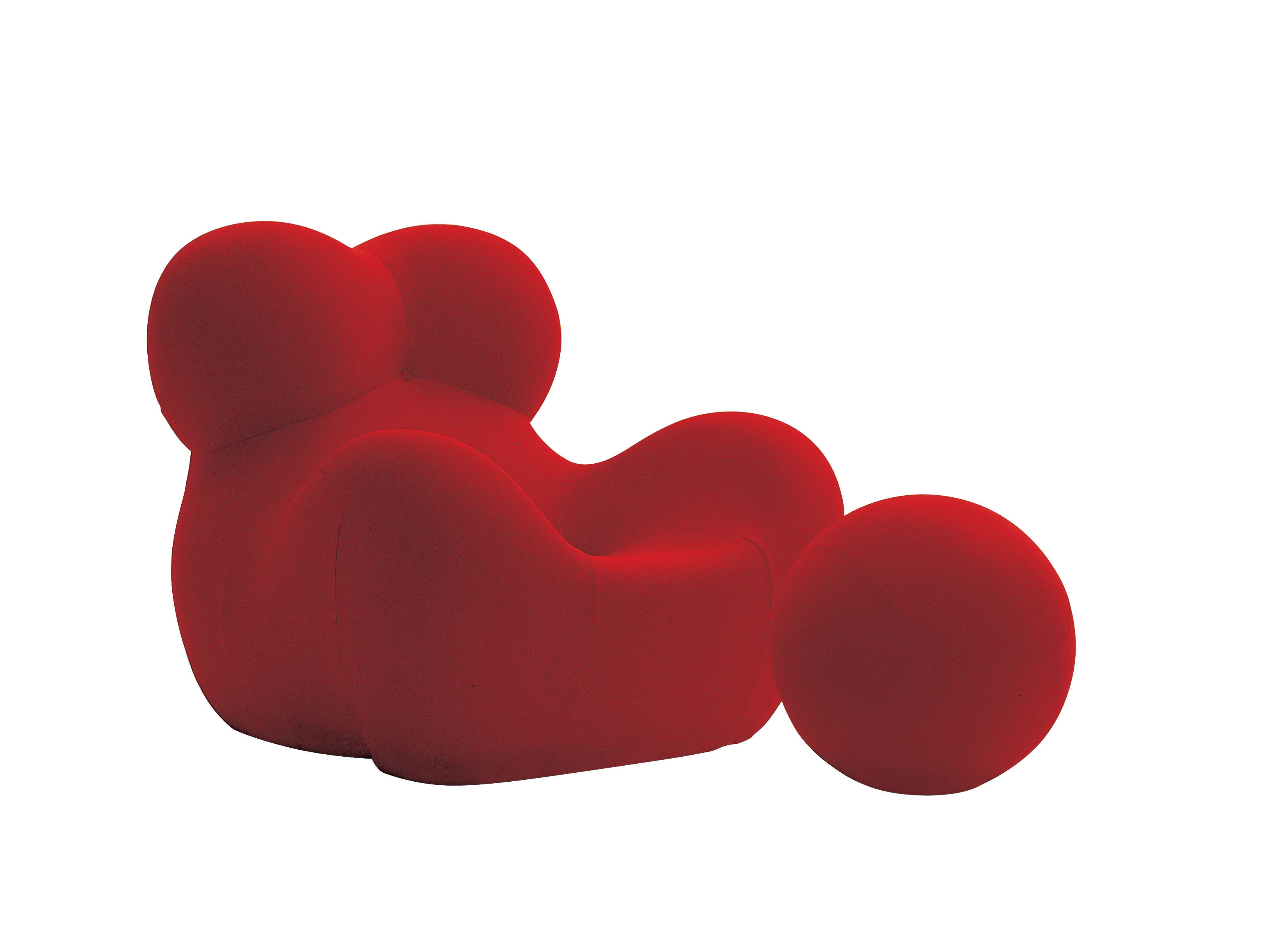